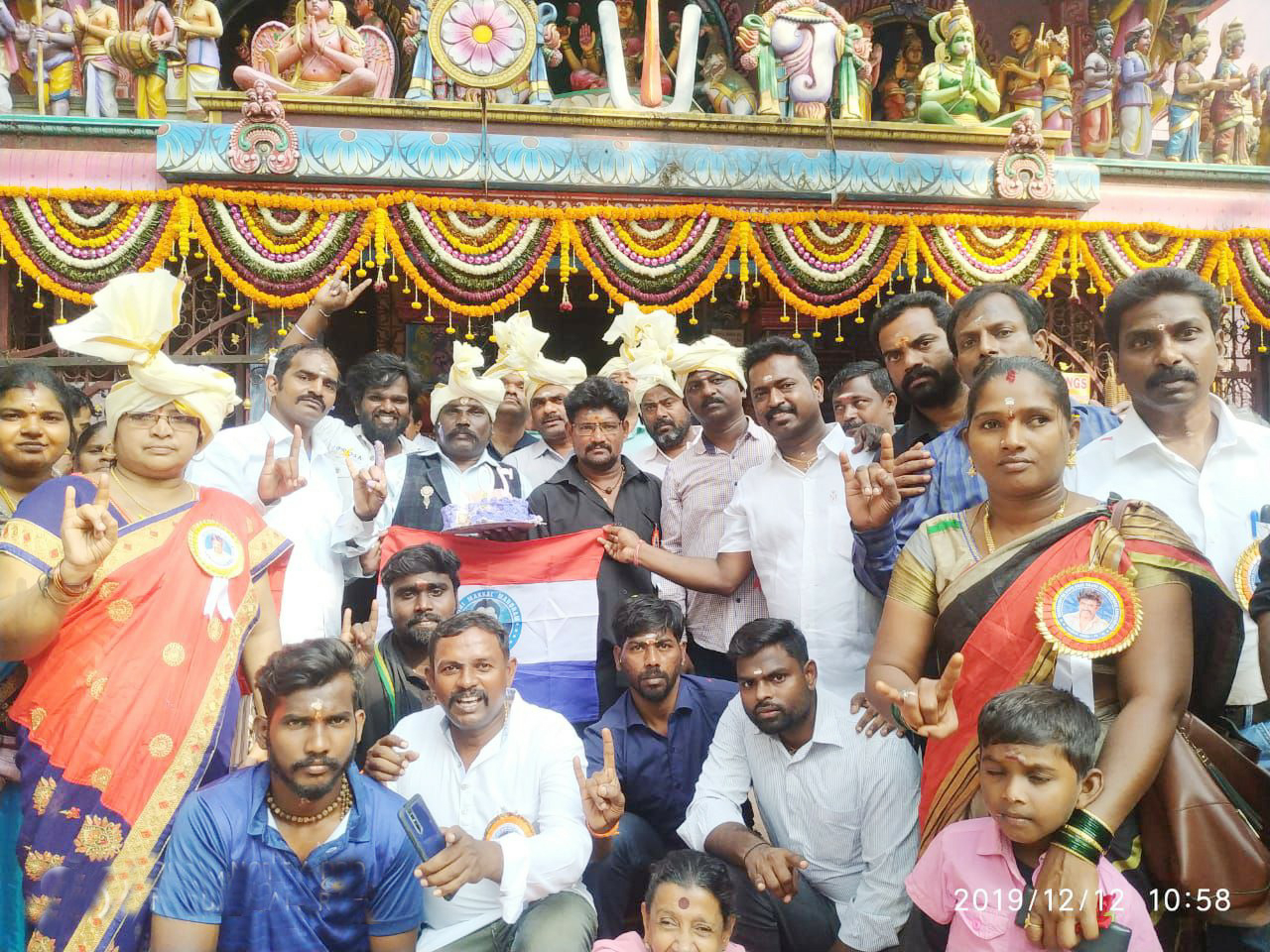 Yesterday 12-12-2019 on the special occasion of our Thalaivar’s Birthday, a special Pooja was conducted at Chembur, Murugan Temple by  Maharashtra State Head Rajni Fans and Welfare Association. It was presided by Association Chairman Mr. Thalapathi S.K Athimoolam, Secretary Mr.Sivakumar Ramachandran and other prominent members. We prayed for Thalaivar’s healthy and long life and for his success in Tamil Nadu politics so that the drought in Tamilnadu politics is filled by a capable and visionary leader.
After the Pooja, meeting was conducted where it was decided that on coming 22nd December 2019, a free Eye Testing Camp have been organized for all students and their parents of Dharavi Municipal Tamil Medium School. The Chief guests for this function are Rajini’s brother Mr. Satyanarayana Rao Gaikwad and Karnataka Rajinikanth People welfare Association Chairman Mr. Chandrakanth.
It was also decided that Text books and Note Books would be distributed freely to the students all Municiapl Tamil Medium students.  It was also decided that free meal would be distributed to around 1000 Poor Famil’s persons comprising of students of  Dharavi Municipality Tamil School. The function is to be presided by Association Chairman Mr. S.K Athimoolam, State Secretary Mr.Sivakumar Ramachandran, Vice Joint Secretary Mr. Maria Siluvai, Vice Secretary Mr. N. Vairamani, Mr. Kaliamoorthy, Mr. Nambirajan, State Ladies Secretary Ms. Latha Manimaran and Committee Members Mr. Velmurugan, Mr. Prabhu, Mr. Rajini Sivakumar, Ms. Kavitha and all other members and patrons.
Share
Facebook
Twitter
Pinterest
WhatsApp
Previous article
Baasha 25 Year Completion Special Screening in Mumbai Malad
Next article
Baasha movie screened at INOX Malad on Rajini’s 70th Birthday